‘I’m perfectly safe, I wont die, but what would happen if I slipped?’ not the most helpful thought when crossing a Himylayan style wire bridge above a 100m drop. 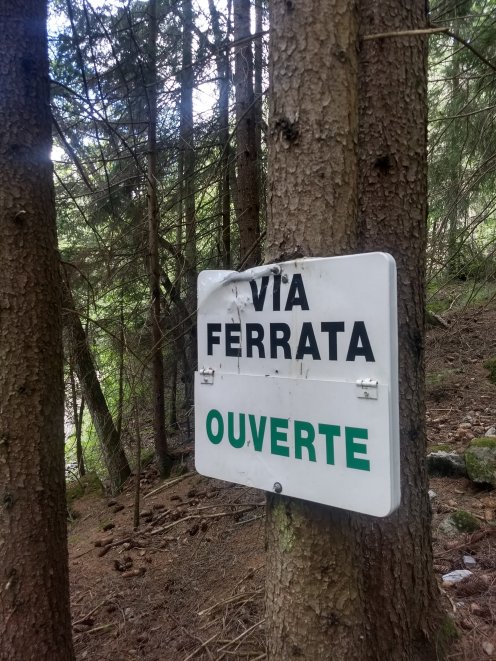 Via Ferrata is Go!

The scariest part of the route

Via Ferrata involves wire features linked with a continuous cable that you attach to with a specially designed dual karabiner device that means you are always attached to the cable and your fall will be held if you stumble or trip. However, I think the advice would mostly not be to slip on the more exposed sections!

For my first via ferrata adventure we selected one recommended in guidebooks in Passy which is about a 30 minute drive back down the valley from central Chamonix. The bonus here is that in high season there is a little shed with a friendly owner who rents all the gear you will need (helmet, harness and specialist via ferrata ‘lanyard’). Being a well set up route also helped reassure us that it would be in good condition.

After renting the gear we headed up to the base of the route which was a 20 minute fairly steep climb from the car park (well signposted). The most exposed bridge came early on in the climb and was by far the most scary part. After this there were generally excellent holds for hands and feet and progress allowed for plenty of rests to take in the beautiful views back towards the Mont Blanc massif. Handily the lanyard came with a non flexible karabiner which could be used to anchor yourself to the cable when you fancied stopping.

The route in total took around an hour which was just right in the increasing heat. The walk off was through beautiful woodland which had some of the best nature spots of the holiday. Even better 10 minutes drive down the road is the lovely Lac de Passy which made the perfect post climb dip. It costs 2 euros to park and by early July the water was a balmy 18 degrees.

Once I got over the initial newness of via ferrata I felt really safe and was much less affected by the exposure than I had been during the alpine course. I can’t wait to try some more. 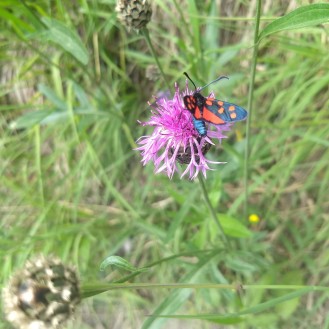 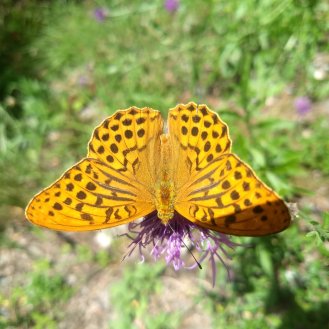 This website probably has the best basic info (in French). Lots of other websites offer guided trips – it is also known as the Via Ferrata de Curalla. We both have climbing experience and had looked at a couple of videos on how to safely use the via ferrata lanyard and didn’t feel we needed a guide. However, if we’ve felt nervous about trying something new or felt we were pushing our comfort zone we’ve never regretted spending money on guiding and tuition.