This August I will mainly associate with rain but this has not deterred me from trying to make the effort to get to the mountains. Even if the forecast isn’t great I tell myself that with any mountainous area the forecast will be changeable, perhaps patches of better weather will blow through and off I set. I would say though that after 48 hours of almost persistent rain in Snowdonia I was beginning to lose faith. A soggy tent pitch and a walk round the delightful, if moist, forest near Betws-y-Coed had been pleasant enough but really hadn’t been in my vision of the weekend.

The following day wasn’t much better but I set off in high spirits to the hills above Bethesda in the hope of the forecast coming true and the cloud lifting as the day wore on. The day definitely wore on but the cloud showed no signs of budging. We had hoped to climb Carnedd Llewelyn via the Llech Du spur but given that the boulder field at the start of the instructions to find the beginning of the scramble was shrouded in cloud we decided (after quite a bit of faffing and hoping) to call it a day and head back to lower ground.

It had by this point atleast stopped raining so we headed over to Llanberis to walk around the slate quarries. Desperate for some hand on rock action we tailed some climbers into the quarries and found some great looking sport routes that had been fairly recently bolted, adding them to the must try list for the next visit. I naively thought north wales slate routes were all about trad test pieces but it looks like there was something for everyone in the quarries. If you don’t climb they also make for a fascinating wander through a true living museum of a bygone but crucial time in the history of North Wales. 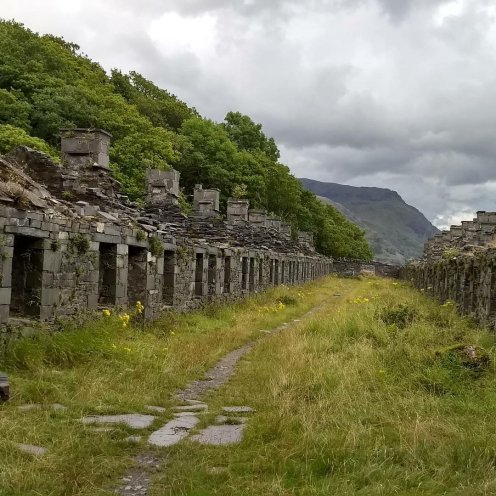 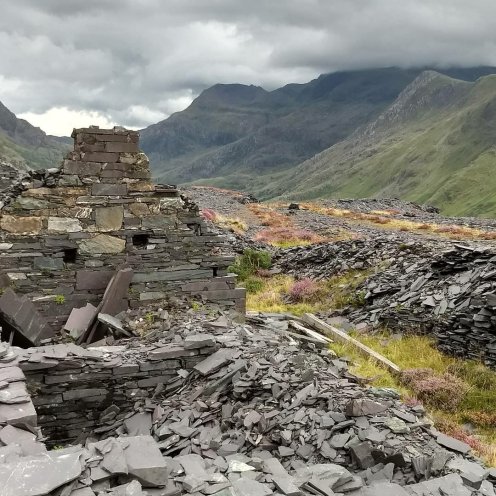 Sunday finally saw the sun emerge and what a difference it made. The previous day we had driven down the Ogwen Valley and debated about which of the mist covered rocks looming up from the road was Tryfan. Today there was no mistaking the beautiful crest of rock that was to be our objective of the day. Last summer I had the pleasure of a weekend of guided scrambling organised through Plas Y Brenin, we lucked out with our instructor being none other than the delightful Garry Smith; author of a fantastic guide to scrambling in North Wales which we duly bought at the end of the weekend. The book is available here (non sponsored just highly recommended).

Looking up the start of the route 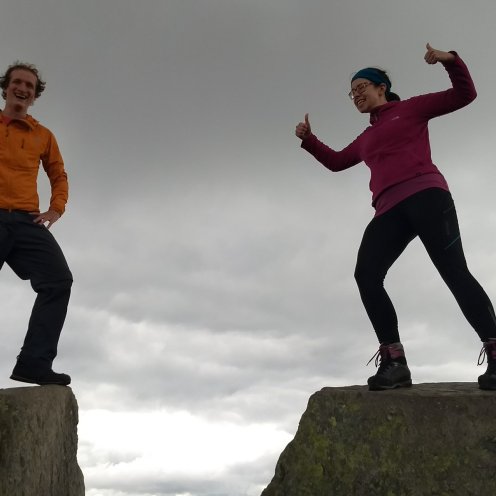 Shamefully a year had passed before the guide was put to use but though Garry’s route descriptions we made it to the bottom of Nor Nor Grooves on the east face of Tryfan. Classified as a grade 1+ scramble I was slightly surprised that sections of it definitely felt like a low grade climb although due to it being within a gully the exposure was minimal and the biggest danger by far was rockfall from above. After a few minor diversions from what we now believe was the intended route we arrived on the north ridge and proceeded up the ridge line to Adam and Eve. The return was much less eventful but no less enjoyable; finally the North Wales weather had played ball and we had definitely made the most of it.